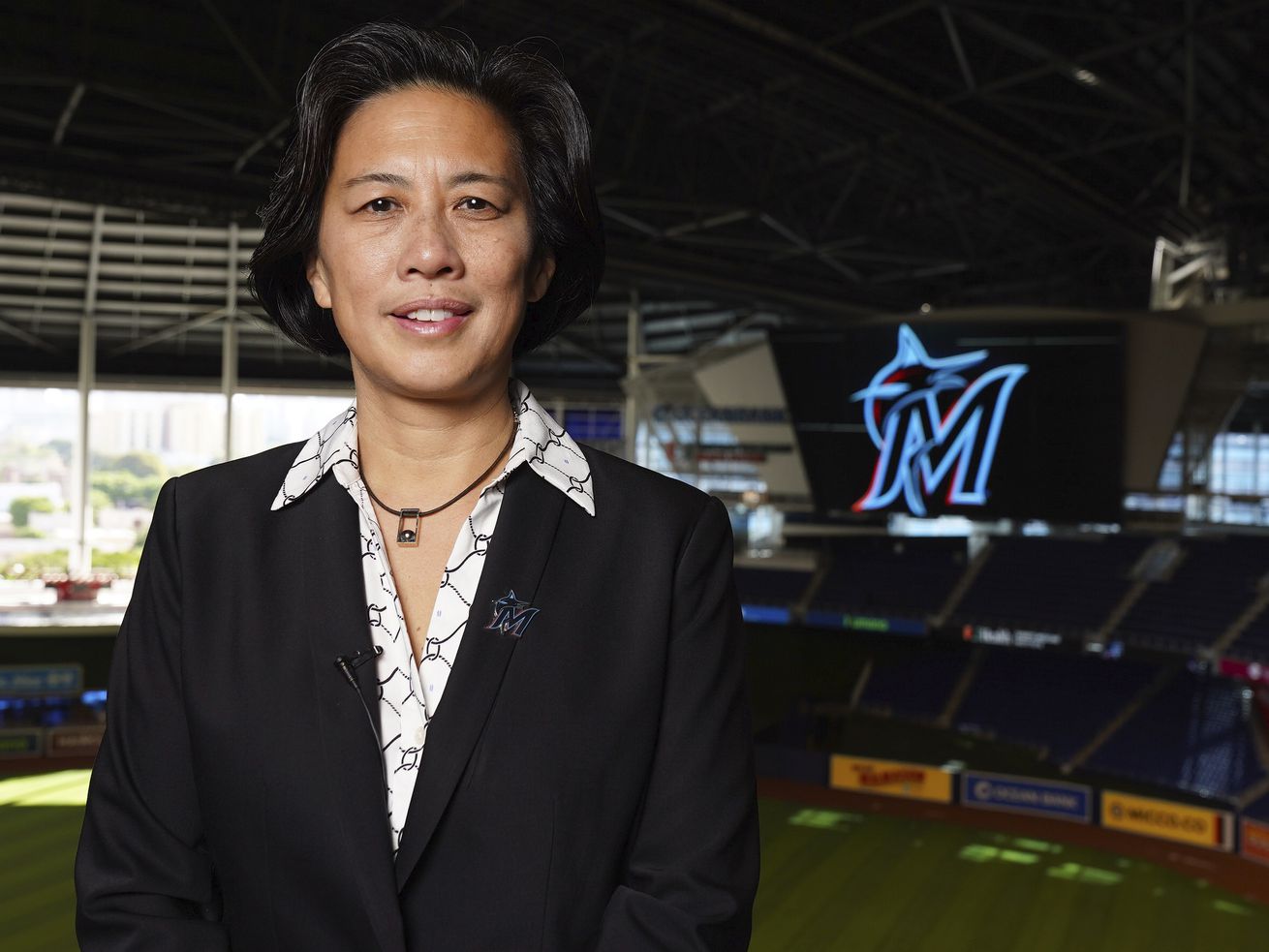 Ng, who officiallywas introduced as the Marlins’ general manager Monday, became the first woman to be a GM in a major men’s professional sport and the first Asian American GM in MLB history.

When Kim Ng was hired as the Marlins’ general manager last week, people rejoiced. She became the first woman to be named the GM of a team in a major men’s pro sport and the first Asian American GM in Major League Baseball history.

And in the famous words of LeBron James, ‘‘It’s about damn time.’’

Someone who had been deserving of such an opportunity for years finally reached a goal that had been so elusive throughout her career and made history in the process.

Ng’s hiring means so much more than the Marlins getting a new GM. It means the breaking down of a barrier that has tarnished the sports world — and specifically baseball — for far too long.

Ng first interviewed for a GM position in 2005. At that time, she already had 15 years of experience, had been an assistant GM for the Yankees and Dodgers and had three World Series rings for good measure.

But the door was closed, and she waited.

It had been 15 years since Ng’s first GM interview, and her time finally came.

For the first time, women worldwide can see someone like themselves in a position they’ve never imagined could be theirs. That’s what representation is all about. Having someone open the door allows others the opportunity to follow in their footsteps.

The saddest part about Ng’s long wait is something that ordinarily would be a compliment.

‘‘I can’t think of anyone more qualified for the position than Kim,’’ Marlins principal owner Bruce Sherman said.

That’s the problem: A person considered to be one of the more decorated and qualified candidates the game has seen had to wait 30 years for her first shot to be a GM.

Baseball in its purest form should be a sport for everyone. But because of patriarchal ideologies and ‘‘old boys club’’ biases, it shut out bright minds such …read more

Utah is in for a chilly ride this week

Harriette Cole: Now that we’re engaged, how do I get her to quit her job?