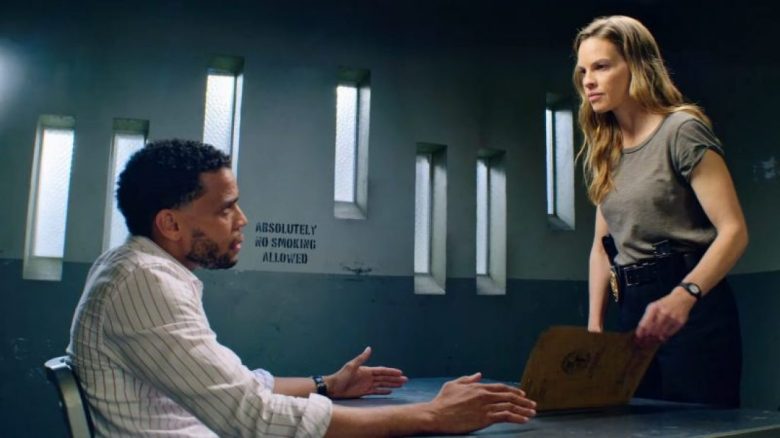 Since no new films opened wide this weekend, the 30 percent drop in post-holiday box office isn’t quite as bad as it looks. However, the news was worse for “Wonder Woman 1984, which grossed $3 million with a 45 percent drop.

The total for the weekend was around $10 million, with 11 films. (Disney’s reissue of “Alien” tied with Focus Features’ “Half Brothers” for #10.) The same weekend last year totaled $132 million. At this writing, 59 percent of all theaters remain closed by COVID-19 regulations. That includes some theaters that reopened this week, mostly in Colorado. According to industry sources, there’s no indications that theaters will close again — but some are considering reduced hours, opening only on weekends, and other cost-saving options.

These new theaters, along with some theaters bringing back earlier films, led to several titles increasing screen counts such as “Fatale” (which debuted on PVOD Friday). The current #3, “News of the World,” will add PVOD this week.

This Friday will see one new release. Open Road, which grossed $14 million recently with “Honest Thief” as a theater-only release, will introduce another Liam Neeson vehicle, “The Marksman,” with a similar strategy. Anticipate that it will lead next weekend. In October, “Honest Thief” opened with $4.1 million.

Warner Bros., which has limited its box-office reporting to weekend and full-week estimates and blocked daily numbers, reported that in Canada “Wonder Woman 1984” earned over $7.2 million in just over two weeks on PVOD. (No HBO Max in Canada.) That’s Canadian dollars; with the exchange rate, it equals about US$5.7 million.

This Allbirds Puffer Makes Me Feel All Warm Inside (Literally)

It’s tricky to make too much of this; about five percent of Canadian theaters are open. (Credit to the studio for revealing the figure.) One way to look at it: The U.S. has about nine times the population, so by measure we’d be looking at a $51 million PVOD performance. That’s still far from definitive, especially since PVOD saturation is further developed in America.

One thing is clear: Whatever its viewing might be on HBO Max, the theatrical result is unimpressive. “Wonder Woman 1984” has grossed $32.6 million to date, heading toward $40 million. Worldwide theatrical is at $133 million. (Most European theaters remain closed, though Russia will release this Friday.)

Optimistically speaking, industry sources hope normal stateside releases might return by May. That would call into question “No Time to Die,” currently slated April 2, but that’s a film expected to see up to 75 percent of its gross in foreign territories. American circumstances may not determine its future.

“News of the World”

Aromas California Earthquake Today: 4.2 Earthquake Near Aromas Rattles Northern California
A guide to getting verified on TikTok, a process that users can't initiate

The Latest: White House flag now at half-staff for Sicknick