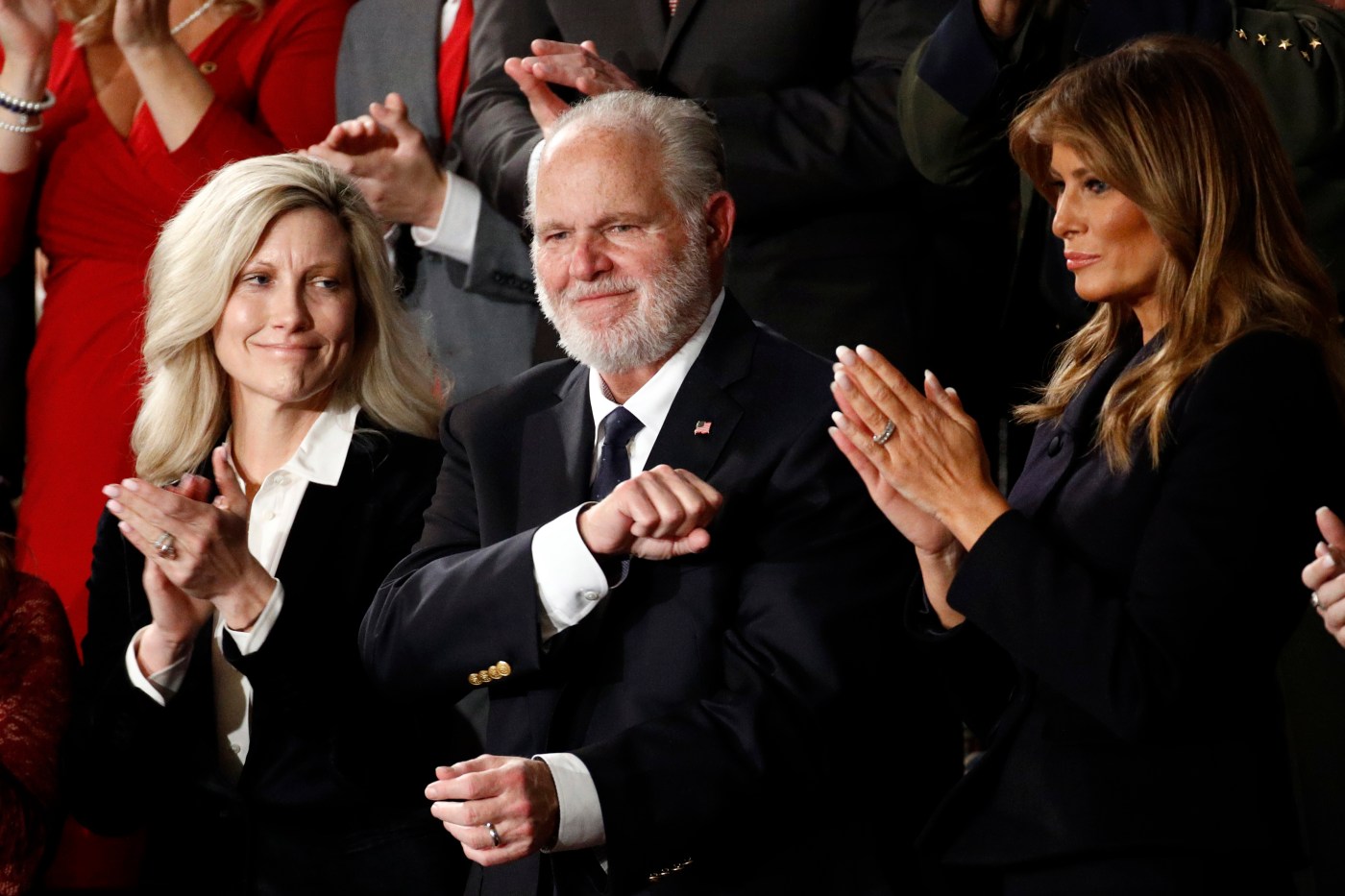 I hate beets. I think they taste awful. There’s nothing you pro-beet people can say that will change my mind. That beets are versatile, a natural sweetener and nutritious, means nothing to me.

For millions of you, Rush Limbaugh was like beets. You hated him. Even if you never listened to him.

I am conflicted about Rush.

Having spent a quarter century on the radio myself, ad-libbing commentary in real time, often on highly-charged and controversial subject matter, it’s impossible for me not to be awed by Limbaugh’s command of the medium while also being fully aware of his downside.

Shortly before I retired from KABC, professional curiosity prompted me to check in with Rush. I caught him in mid-monologue, the content of which is forgotten, but I remember it being compelling. I kept waiting to hear what book or magazine he was reading from. Then it hit me, he wasn’t reading! I had been listening to a seamless improvisation; sentence upon sentence forming beautifully crafted paragraphs without a single “um” or “uh” or fumbled syllable. It was a virtuoso performance of extemporaneous speaking. And he did this hour after hour, day after day for decades. He was a true maestro of the airwaves.

Of course, style isn’t everything.

Limbaugh’s astonishing success as a broadcaster was achieved by grafting the showmanship of a Top 40 disk jockey (which Limbaugh was using the name “Jeff Christie”) to boilerplate conservative talking points: law and order, anti-communism, pro-business, anti-abortion, and especially mainstream media-bashing, all leavened with wit and outrageousness.

Rush’s humor, like beets, is a matter of taste. We like people who make us laugh and Rush could be funny. But it was his certitude that made him powerful. In a rapidly changing world, multi-cultural and revisionist, where even Abe Lincoln isn’t safe, Limbaugh was the Rock of Gibraltar. He rarely apologized for anything, even when he said something awful, which he did frequently. Rush was always right. Who said so? He said so.

Broncos Mailbag: What are the odds Denver can acquire Deshaun Watson and/or J.J. Watt?

Limbaugh’s over-the-top bombast – “With talent on loan from God,” “With half my brain tied behind my back just to make it fair” — was a deliberate parody of the self-important blowhard, and endearing. That he became what he had once mocked is a show business cliché. After decades of adulation, acquiring vast riches, rubbing elbows with the top 1% of the top 1%, capped by a Presidential Medal of Freedom, whose head wouldn’t swell?

Former KFI and KABC news anchor, Terri-Rae Elmer (T-Rae to her fans) worked at KFBK in Sacramento when a large man with a strange name arrived from Kansas City.

“Rush was a big marshmallow,” remembered T-Rae in a phone call the day Rush died. “He was shy, an introvert, but once he got behind the microphone, he had a different persona,” said Elmer. T-Rae and Rush remained friends despite their political differences.

Creatively, Rush was a risk-taker. “Management was ready to throttle him,” said T-Rae. “No guests? For three hours? Who does that?”

Rush did that. Rush understood the congregation comes to hear the preacher. And …read more

Rams secondary could get tagged, one way or another

Russia may have been using the same code from the massive SolarWinds hack to carry out undiscovered espionage attacks since 2017, researchers believe (SWI)