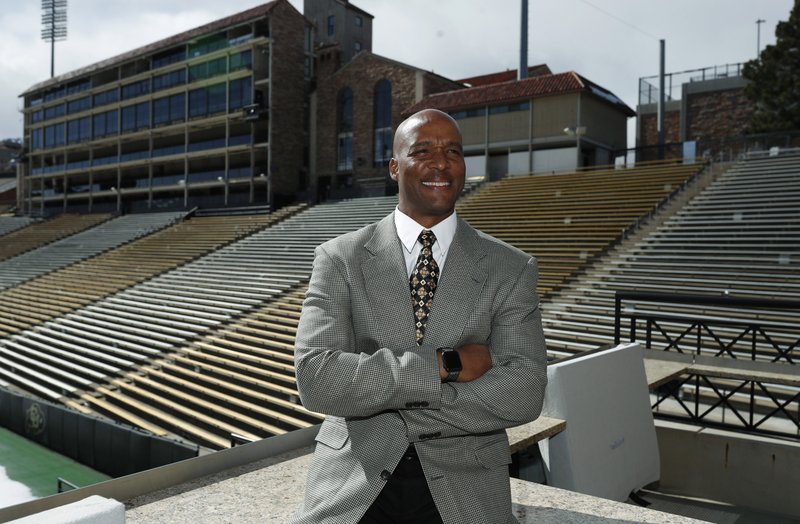 Karl Dorrell has instilled his brand of calm and cool into a Colorado football program that was in dire need of both — a program that had been ditched by its head coach, a program that was forever one win short, that had a fragile roster and lacked momentum and was consumed by uncertainty as the pandemic descended and society lurched to the edge.

One year later, the skeptics have been silenced.

Unflappable as the Flatirons, Dorrell provided instant stability, kept the roster intact, managed his staff, navigated the local health restrictions, demanded accountability, identified a quarterback, guided the Buffaloes to unexpected success and was named the 2020 Pac-12 Coach of the Year.

“He has done everything I thought he would do, and he has been exactly who I thought he was,’’ Colorado athletic director Rick George said recently as he reflected on the process that led to Dorrell being named head coach on Feb. 23, 2020.

“We wanted somebody who could stabilize the program, who cared about young men and shared the same aspirations for this program that I did and could bring back the success we had in the 1990s and early 2000s.”

Those shared aspirations formed the bond between George and Dorrell that sealed the deal on a pleasant Friday afternoon in an immaculate home in Lafayette, Colo., a few miles from the CU campus.

George extended the job offer while standing in Dorrell’s living room, near a giant container of Hershey’s Kisses, following a five-hour conversation, lunch from Jersey Mike’s and a timely interruption by Federal Express.

The 27th head coach in Colorado history went from zero-to-hired in one day.

Rick George was stuck. Nine days into his search, he had plenty of candidates but no coach.

Nobody felt right in his gut.

“When I think about where I was at that point,’’ he recalled, “I wasn’t sure if anybody we were looking at was the right person.”

Just two weeks earlier, George felt good about the state of the program and the man leading it.

Mel Tucker, fresh off his first season in Boulder, had been linked by media reports to the vacancy at Michigan State, where he once served as a graduate assistant under an up-and-coming head coach named Nick Saban.

On Feb. 8, George asked Tucker if he had any interest in the MSU job.

On Feb. 9, the Spartans struck out with their preferred candidate, Cincinnati’s Luke Fickell.

George went back to Tucker.

“Are we good? Do we need to talk about anything?”

On Feb. 10, George checked into a local hospital for back surgery.

He was home the next day but heavily medicated and spent the late afternoon asleep.

At 6:30 p.m., he awoke to a barrage of text and voice messages: The Spartans were coming after Tucker with full steam and a loaded wallet.

By midnight, it was over.

This Squishy, Ergonomic Kitchen Mat Is Making Me Reconsider My Wood Floors

In the third round of The Genesis Invitational 2021, Dustin Johnson recorded three birdies against 3 bogeys to remain even through 13 holes before play was suspended due to darkness. Johnson is 7-under-par for the tournament. The PGA TOUR returns to iconic Riviera Country Club for The Genesis Invitational. Tournament host Tiger Woods will be in attendance but won’t play as he is still recovering from a back procedure last month. World No. 1 Dustin Johnson and defending champion Adam Scott are among the headliners. Notables in the invitation-only field include major champions Brooks Koepka, Bryson DeChambeau, Collin Morikawa, Jordan Spieth, and Francesco Molinari, plus world No. 2 Jon Rahm. Two-time FedExCup winner Rory McIlroy looks to finally lift the trophy at Riviera after holding a piece of the lead Sunday a year ago only to fall to T5. In addition to reigning champ Johnson, FedExCup winners in the field include Justin Thomas, Brandt Snedeker, and Jim Furyk.
First people released from hotel quarantine celebrate freedom with McDonald’s
Here you can find everything you need to stay up to date with the world’s foremost golf tour. Check in for highlights from every tournament plus player profiles, swing analysis and all the greatest shots and amazing moments. Teryn Gregson presents the craziest moments from around the world of golf in ‘Good, Bad & Unusual'.

LGBTQ+ UK: A Timeline Of Milestones