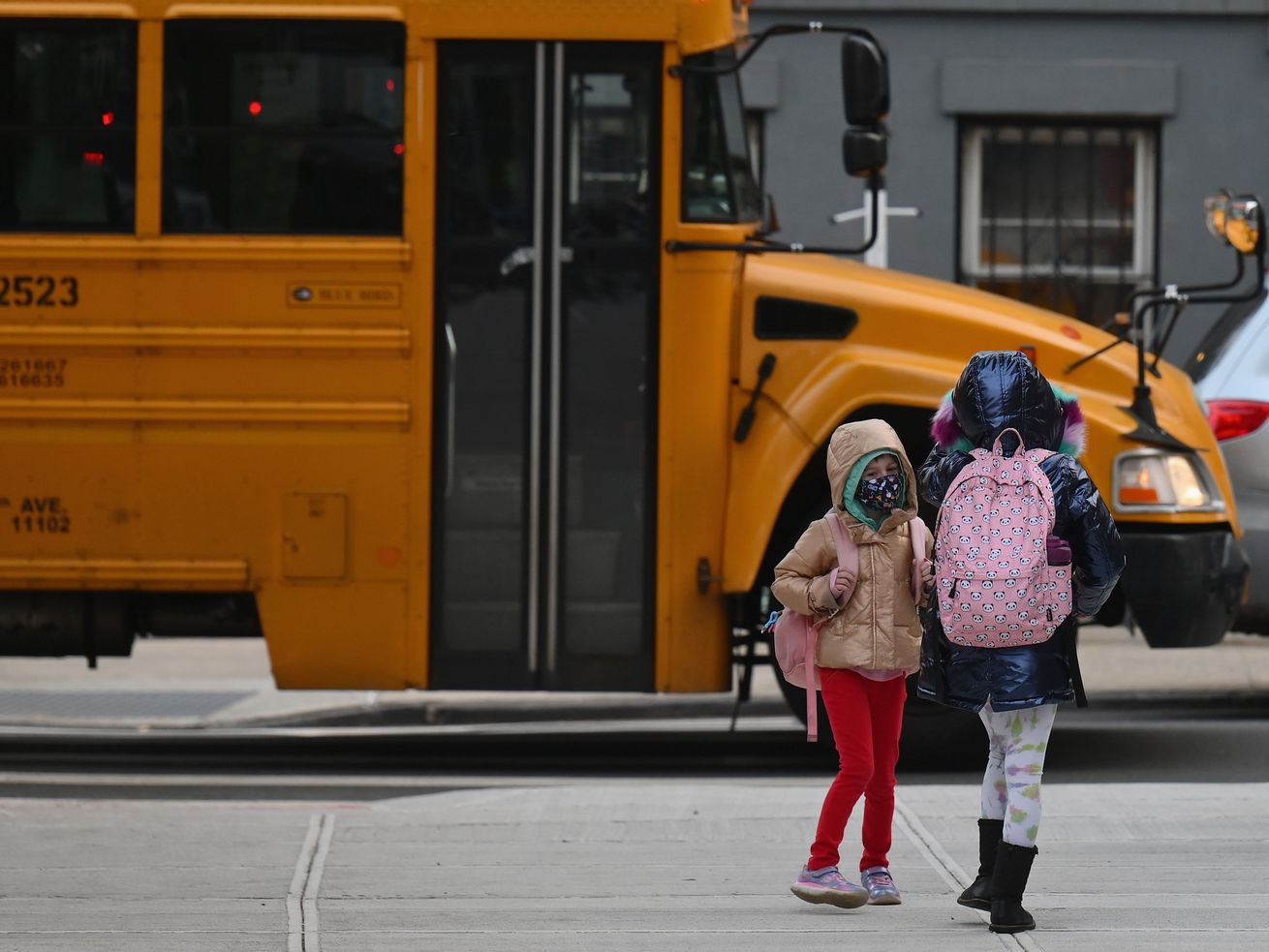 Children arrive for class on the first day of school reopening on December 7, 2020, in Brooklyn, NY. | Angela Weiss/AFP/Getty Images

Vaccinations and research are pointing in the right direction.

Kids across America are putting on masks and backpacks and heading back to school this spring as the country continues its hopeful but fragile march toward recovery from the Covid-19 pandemic.

As welcome as these unusual first days of school are for many students — and parents who were thrust into the role of amateur educators this year — they come with a lot of uncertainty. Many school districts are still operating on a hybrid model, with each student attending school in-person only part time; a few remain entirely remote. We still don’t know when children will be able to be vaccinated. And a rise in cases and the spread of variants has cast the next few months into doubt. A lot of families are wondering: What will happen in the fall?

Many districts haven’t announced firm plans yet, which is understandable given the unknowns involved, but public health and education experts say there’s a lot of reason to be optimistic about in-person school in the fall. Teachers and staff will be vaccinated — around 80 percent have already received at least one dose. Research shows that mitigation measures, especially masks, work well to reduce transmission in schools, and researchers say that’s likely to hold true even as variants spread. New CDC guidance allowing just 3 feet of distancing in schools, rather than 6, should allow more students to come back each day, too.

That doesn’t mean that school districts don’t face challenges as they update reopening plans to new public health guidelines, or that a variant or another major surge couldn’t still change the outlook for the fall. “It’s a tricky virus and we don’t know what it’s going to do,” Robin Lake, director of the Center on Reinventing Public Education (CRPE), a research organization at the University of Washington, told Vox.

But we do know what metrics districts should be using to make their decisions, experts say: vaccination of teachers, vaccination of older students, and overall spread of the virus in communities. And even with cases rising for now, the success of the vaccine rollout and promising research on in-school transmission are cause for optimism in the months ahead. “I am counting on our kids being back full time in the classroom come next fall,” Megan Ranney, an emergency physician and the director for the Center for Digital Health at Brown University, told Vox.

Schools around the country are reopening — slowly

In the year since school buildings in all 50 states closed their doors to combat the spread of Covid-19, the picture around the country has changed dramatically. Today, most districts are offering in-person learning, at least some of the time; in a March survey, CRPE found that 57.1 percent of districts were offering full-time in-person school, up from 47.3 percent in November. An additional 20.6 …read more

7 amazing Bay Area things to do this weekend, April 9-11

How my family used the Capital One Venture Rewards card to save over $1,200 on a spring break vacation rental

The ultimate guide to US marijuana legalization: The key dates to know, and which stocks could benefit the most