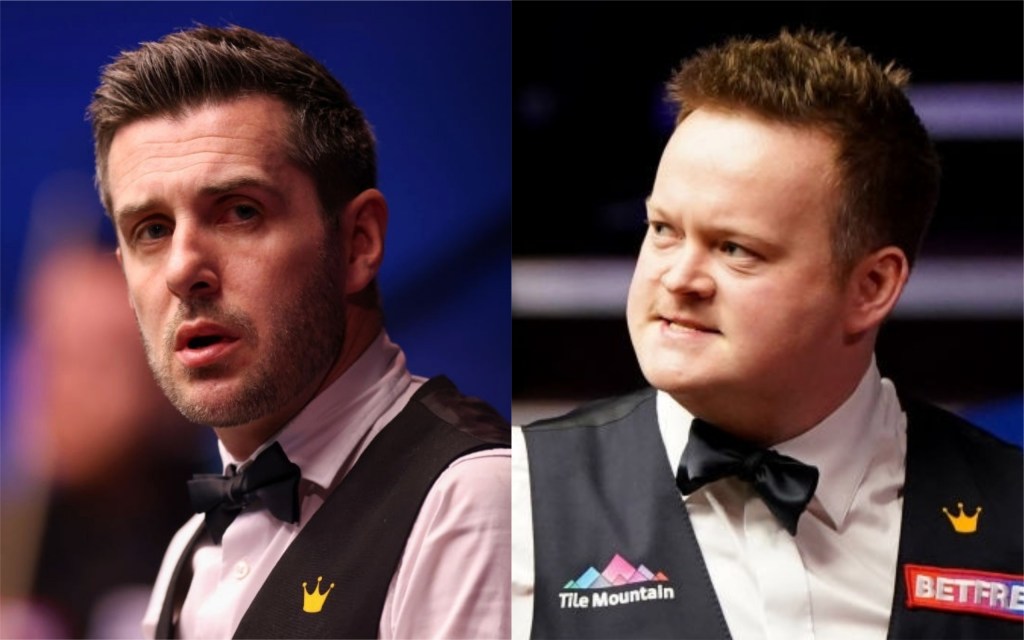 Two men arrive at the Crucible on Sunday with the same destination in mind, but while one will only take the scenic route, the other is willing to traverse the longest, rockiest winding path there is.

The World Championship title is on the line over two days in Sheffield, with Shaun Murphy looking to scale the snooker mountain for a second time and Mark Selby aiming for a stunning fourth ascent to the summit.

Both have played some superb stuff en route to the showpiece, but they will bring very different mindsets into the blockbuster on the baize.

The Magician has rediscovered the free-flowing attacking intent of his youth, abandoning a more circumspect ethos that he was trying to develop as his career progressed.

With the shackles off, Murphy is enjoying himself again and has cast his spells on veteran Mark Davis, Masters champion Yan Bingtao, world number one Judd Trump and last year’s runner-up Kyren Wilson to make the final.

Strutting around the table, fist-pumping to the fans and crunching in big break after big break, Murphy is loving life, but he is about to face the most malevolent force in the game, one capable of turning joy into exasperation and hope into despair.

The Jester from Leicester has no interest at all in entertaining the court over the next two days at the Crucible. He is not interested in Murphy’s renaissance and is willing to burst his bubble as ruthlessly as a football steward executing a stray beachball.

Selby is more than capable of playing the bombastic game that Murphy has been displaying, and regularly did so in his first three wins over Kurt Maflin, Mark Allen and Mark Williams. Breaks were flying in and opponents were swiftly flying home as they were brutally despatched by the three-time world champ.

The semi-final victory over Stuart Bingham was different. The free-flowing snooker was largely halted mid-stream, as if beavers had constructed a dam across the River Selby as it wound its way to the one-table set-up.

Epic, scrappy frames were played out, with the Jester warned by the referee at one stage for slow play and the players eventually being pulled off from their final session, having to return after Murphy beat Wilson to play their last frame – the first time this had happened in the history of Crucible semi-finals.

Bingham accused Selby of being ‘close to gamesmanship’ at times, an accusation the 37-year-old fiercely denied, but while acknowledging that he will do absolutely nothing to make it easy for his opponent.

Carefree, attacking snooker may be the order of the day for some, but the Jester knows this is no laughing matter and will be waiting …read more

The Houston Texans Had a Strong Message for Deshaun Watson via the Draft, Then Adam Schefter Delivered a Stronger Statement