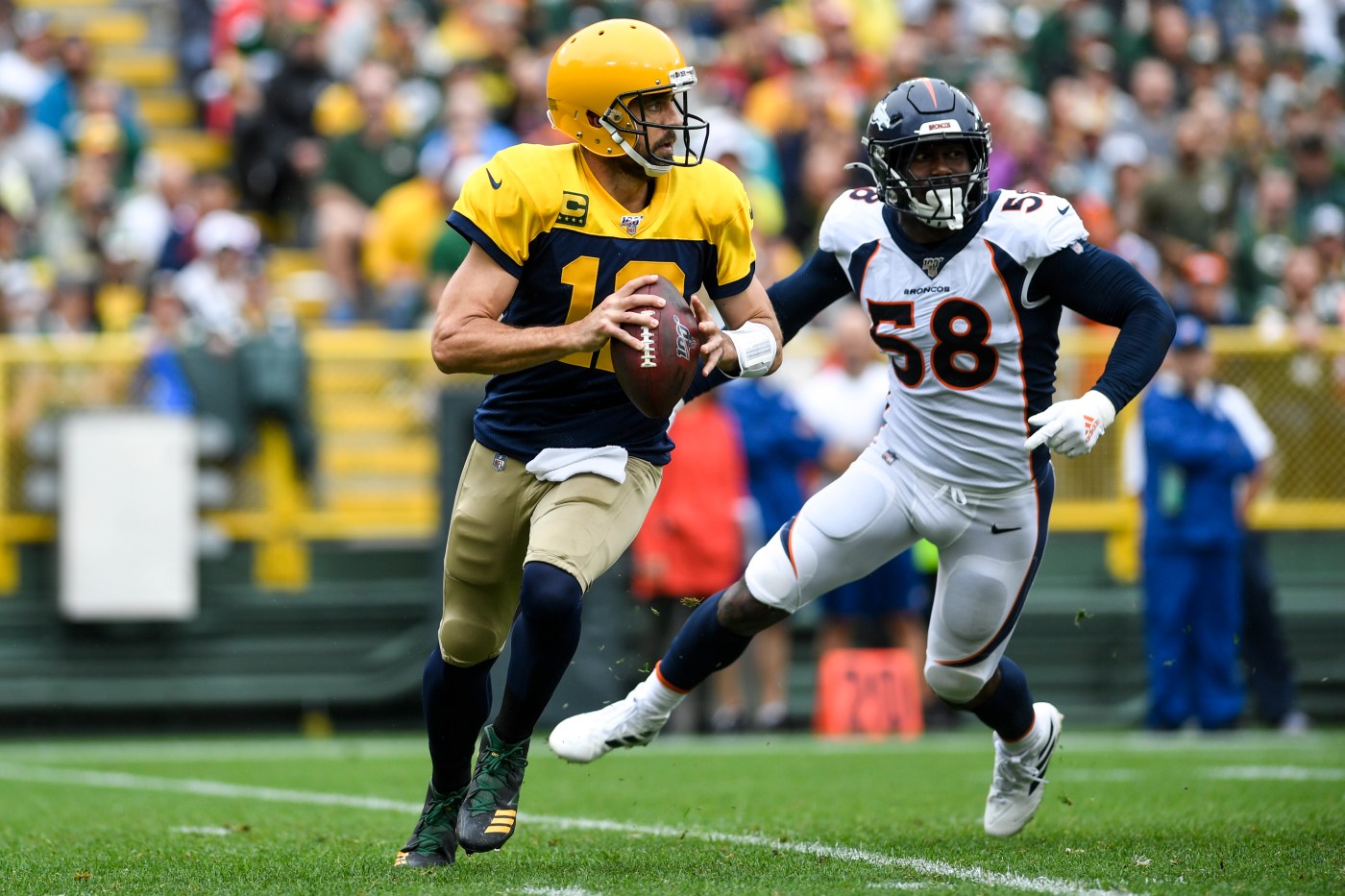 The final contract that Tom Brady signed in New England, in August 2019, contained a clever provision that prevented the Patriots from placing a franchise or transition tag on him, ensuring that, as he desired, Brady would become a free agent after the season.

In this booming era for quarterbacks in the NFL, even average players are paid tens of millions of dollars, to say nothing of stars like Brady, who got $22 million guaranteed in that deal. Five quarterbacks were taken in the first round of the draft Thursday night — including at the first three spots — as teams fervently aimed to build around personality and production at the most important position in American pro sports.

Yet, as Aaron Rodgers is discovering, quarterbacks have little power, because this is the NFL and not the NBA, where the best players, armed with guaranteed contracts, can prioritize winning over financial concerns. In the NFL, players who want to change teams are at the mercy of their contract structures and have barely a modicum of control over their careers.

However disenchanted Brady became in New England — with the lack of receiving talent, with his diminishing power to influence personnel decisions — he did not air his grievances publicly. Done with the Patriots after two decades and six titles, Brady didn’t pout. He just left. His contract allowed him to do so.

And in Tampa Bay, where Brady signed before the 2020 season, he found a better roster, a front office that valued his opinion and, in the end, a vindicating championship.

Michael Che Is ‘Excited’ for Elon Musk to Host SNL

Among the few to see Brady’s seventh Super Bowl win in person was the Seattle Seahawks’ Russell Wilson, who has become the NFL’s most sacked quarterback across his first nine seasons since the league merged with the AFL more than a half-century ago. Wilson must have noted that the 43-year-old Brady shredded Kansas City’s secondary from a clean pocket.

Seven days after the game, Wilson told the news media that he wanted a larger voice in Seattle’s personnel decisions. His agent also let it be known that there were four teams that Wilson would agree to be traded to — without actually, you know, demanding a trade.

This week, reports of Aaron Rodgers’ dissatisfaction with management detonated in the frenetic hours before the draft. His veiled refusal to play for Green Bay again was swatted down just hours after reports of it surfaced. The team’s general manager, Brian Gutekunst, avowed that Rodgers would not be traded. Rodgers and the Packers, it should be noted, lost to Brady and the Buccaneers in the NFC title game in January.

That the news of Rodgers’ discontent broke when it did suggested a calculated disruption by one of the league’s most calculating disrupters, an attempt by the quarterback’s camp to embarrass the Packers just as they embarrassed him on draft night last year. That was when they traded up to draft a quarterback, Jordan Love, without communicating their intentions to Rodgers, who then had four …read more

The House Of Khan On ‘Pose’ Has A Storied Real History

‘Girls5eva’ Is the Most Fun Binge of the Year