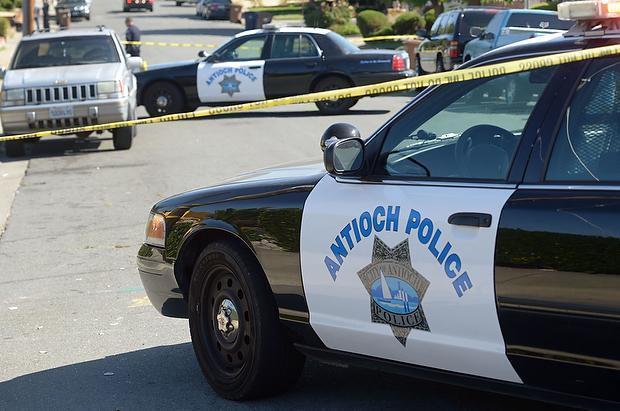 ANTIOCH — A 30-year-old Oakland man was arrested on suspicion of several charges related to a police standoff, while two other men in their 20s were arrested in a separate warrant search seeking illegal firearms Tuesday, authorities said.

Police said officers responded around 10:20 a.m. to the 100 block of East Seventh Street for a possible domestic violence incident, and arrived to learn that the Oakland man sought by Oakland police officers was holding a 21-year-old woman and 3-year-old child against their will.

When officers tried to speak with the man, he barricaded himself inside a residence. After officers with the department’s crisis intervention team came to the scene and spoke with him on the telephone, he surrendered and was taken into custody. The woman and child were unhurt, while the man was booked into Martinez county jail, police said.

In a separate warrant search that began around 6 a.m., an Antioch police SWAT team served a warrant in search of illegal firearms to a home in the 5100 block of Deerspring Way.

After that search yielded a handgun, magazines and a drum-style rifle magazine, 22-year-old and 23-year-old men were taken into custody and arrested on suspicion of multiple charges. The two were booked into Martinez county jail, police said.