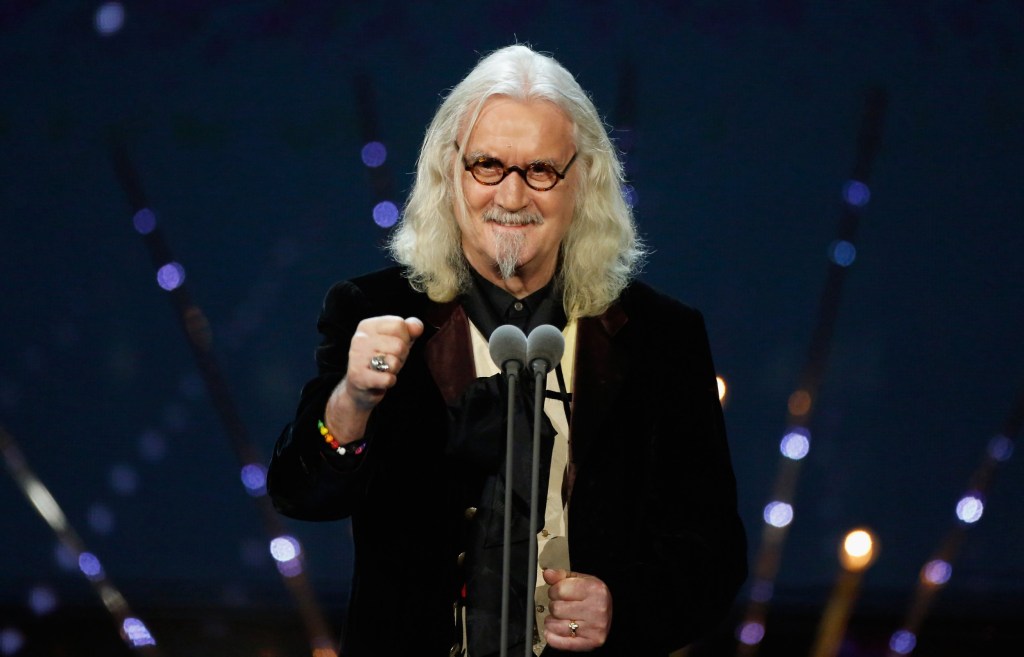 Sir Billy Connolly spoke of cancel culture and his own career (Picture: ITV)

Sir Billy Connolly had his say on cancel culture, suggesting that he wouldn’t have made it big if he was starting out today.

The comedian is the latest to add his views to the debate surrounding ‘cancel culture’ – which sees large groups or fandoms choosing to essentially erase a public figure and their career in the public eye in light of a scandal or controversial issue.

During an interview with Newstalk ZB, talk turned to the industry, with the 78-year-old sharing his belief that things have changed ‘forever’.

‘Because of political correctness people have pulled in the horns. I couldn’t have started today with the talent I had then,’ he said.

‘There’s a show here in America with all Black comedians, men and women, and they are totally ruthless, they are totally without political correctness and they have always got me on the floor howling with laughter.

‘There was a comedian who had a series on television and the suits involved were going to take it off at the first commercial break. They have got no bravery.’

Sir Billy has faced a tough few years, after he was diagnosed with Parkinson’s in 2013, and returned from live performances five years later.

The Brave star recently shared a health update during a rare appearance at the Edinburgh TV Festival, as he was honoured with a lifetime achievement award.

Appearing in an interview with his wife Dr Pamela Stephenson Connolly, conducted from their Florida home, he said making television programmes now is a ‘challenge’.

Speaking of his challenges, he explained that they have ‘medical’ of late.

‘The challenges lately have been medical. They’re getting worse,’ he said. ‘You’ll notice I’ve been holding my left hand – it’s starting to jump around.

Tyga arrested for felony domestic violence after altercation with ex

‘I have to weigh it up and see how bad it gets.’

While Sir Billy has retired from stand up shows, he is still working away and will be fronting a brand new series for Gold, which will look back at his 50 years in stand up and ‘provide and unrivalled glimpse into his life’.

Billy Connolly Does… will feature five episodes which will showcase ‘classic and hidden treasures’ from some of his beloved routines.

The series, which is shot in and around his home in Florida, will see the comedian reflect on how his views have or haven’t changed over the years.

‘I’m really looking forward to sharing a few of my favourite moments from over the years,’ he added of the show. ‘It’s been brilliant, and I hope you’ll come along for the ride!’

If you’ve got a celebrity story, video or pictures get in touch …read more

Trade Review: Is The Coffee Subscription Worth It?