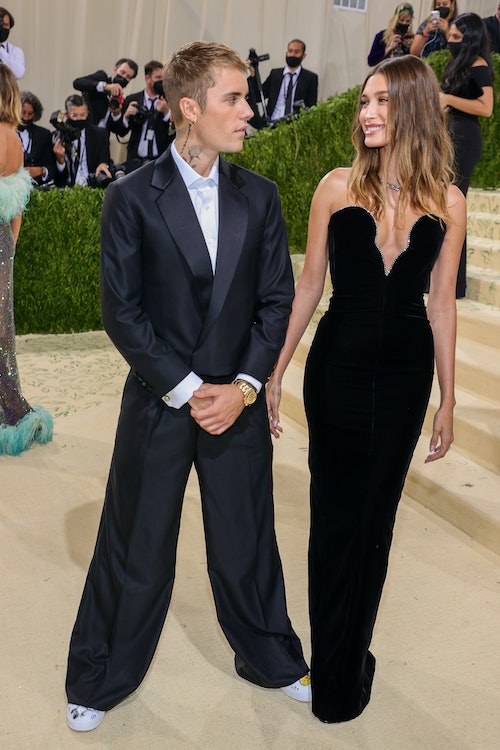 There’s nothing like a sweet message from your bae to make a birthday complete, and that’s exactly what Hailey Baldwin received from her other half. On Monday (Nov. 22), Justin Bieber marked the occasion with a heartfelt message on Instagram to his “birthday squish”, accompanied by a series of photos marking their relationship.

“My heart belongs to you. My eyes belong to you, my lips belong to you. I am yours,” the singer captioned the post, which includes ten photos of the couple from what seems to be a road trip they took in the summer. Baldwin looks hilariously unamused in the first pic, wrapped in a towel after a day of snorkelling. But the rest see the couple grinning ear to ear, enjoying their time together in the sun.

Bieber continued his tribute by counting his blessings about being with Baldwin, and how much she means to him. “You are my forever. Life has never made more sense until you became my wife,” he wrote. “I will never stop loving you, I will never stop holding you, and I will never stop protecting you.”

Going on to describe Baldwin as his “queen”, Bieber vowed to make Baldwin “feel like the queen that [she is]” for the rest of their lives. “As your grandma would say in her Portuguese accent ‘happy bursday baby’,” he added. “Love you until the end of time and then after that.”

Baldwin shared similar sentiments for Bieber’s 27th birthday in March, sharing another series of photos with a short but sweet caption. “Another year round the sun with you, another year of getting to love you, grow with you and laugh with you,” she wrote. “You are my favourite human and I’m grateful to be by your side.”

Will There Be A Christmas 2021 Lockdown In The UK?

Josh Duggar: Here’s How He Could Still Avoid Prison