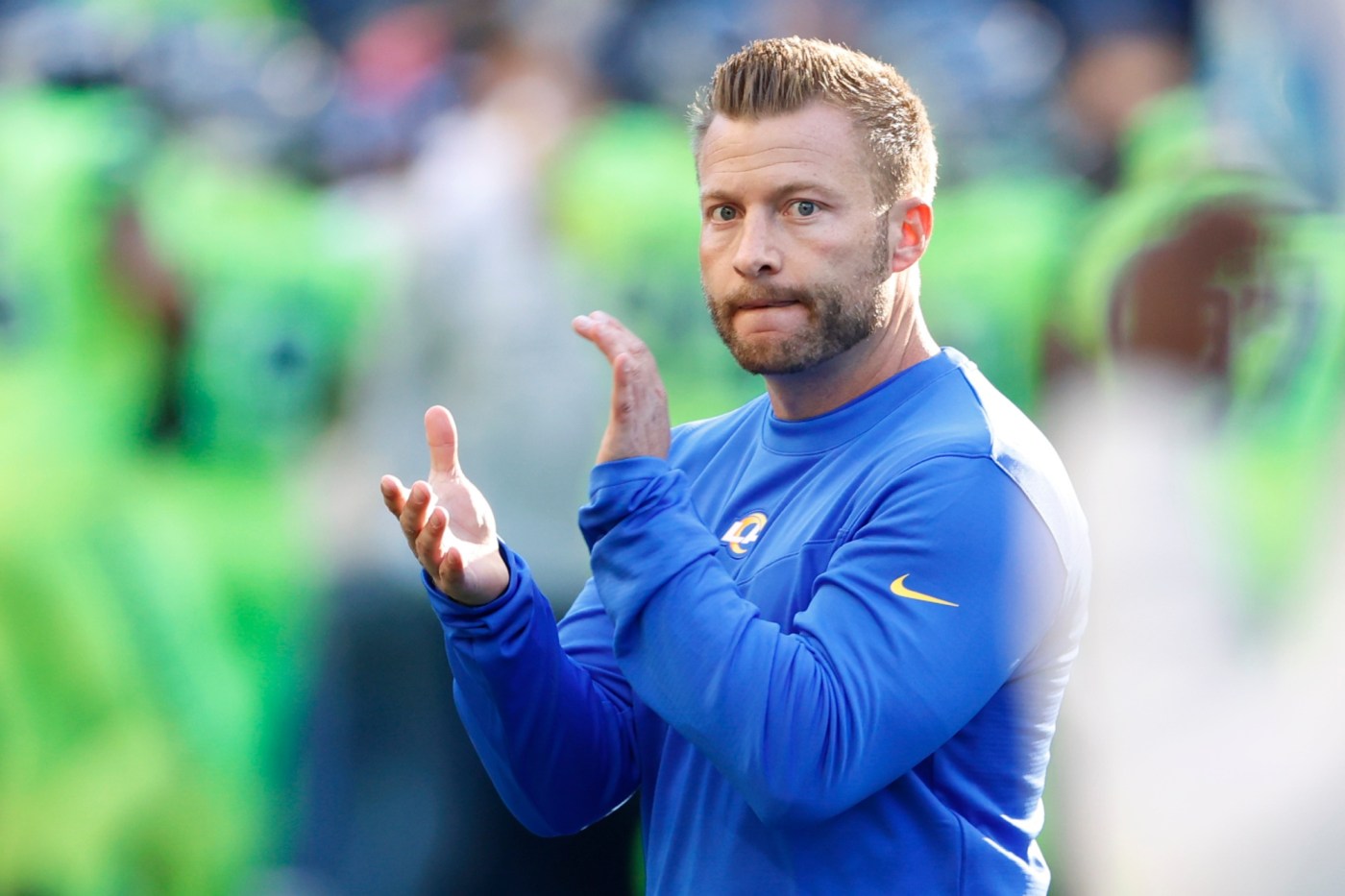 Sean McVay, whose idea of getting away from work is different from most people’s, couldn’t keep his mind off of football during the Rams’ bye week.

“I loved being able to watch all the games yesterday,” McVay said Monday as the Rams began preparation for their game against the Packers in Green Bay this weekend.

On his couch, the coach might have found comfort in noticing that the Rams aren’t the only Super Bowl contender going through a rough stretch.

For the Rams (7-3), mistake-riddled losses to the Tennessee Titans and San Francisco 49ers left them 1½ games behind the NFC West-leading Arizona Cardinals heading into the bye.

Around the league, Weeks 9, 10 and 11 saw division leaders go 10-12 and preseason division favorites go 12-12. The 11 losses by division leaders to teams at .500 or worse the past three weeks were the most at this stage of a season since 1970. All of those numbers include the NFC North-leading Packers (8-3), who have dropped two of their last three.

(This was written before Monday’s game between the NFC South-leading Tampa Bay Buccaneers defeated the New York Giants, 30-10.)

“This is as wide-open, and you’re seeing as much of this parity exist, (as it has been) since I’ve been coaching,” said McVay, who started in the NFL in 2008. “I think that’s what makes the NFL exciting.

“But that’s also what makes it that much more important to be urgent every single day in how we approach our process, our rhythm, our routine.”

The Rams begin the seven-week regular-season stretch run hoping division leaders continue their recent struggles, at least unless they climb into first place at some point.

Their remaining opponents include three current division leaders, the Packers, Cardinals and Baltimore Ravens. The Rams have one more game left than the Cardinals, and a victory at Arizona on Dec. 13 could get L.A. level on overall wins and losses and the head-to-head tiebreaker. But the Rams would still trail in the division record and common opponent tiebreakers unless the Cardinals stumbled against other teams.

The Rams must find a way to win the division to have any chance at a home-field playoff path to the Feb. 13 Super Bowl at SoFi Stadium.

McVay, whose bye week did include some rest and time with his fiancee, analyzed the Rams’ first 10 games and came up with a key stat.

“For us, we haven’t done a good enough job these last couple of weeks of winning the turnover battle,” McVay said. “For our football team, when we’re in the plus or even, we’re 7-0. The three games we’ve lost, we (lost) the turnover battle.”

Facing the Packers, among the leaders in turnover differential, is either just what the Rams don’t need or a chance to fix that problem.

Thanksgiving Box Office: ‘House of Gucci’ and ‘Encanto’ Will Lift Weekend, but Holiday Is Still Lean

Bulls run into a Pacers buzzsaw, lose by 32 at the United Center