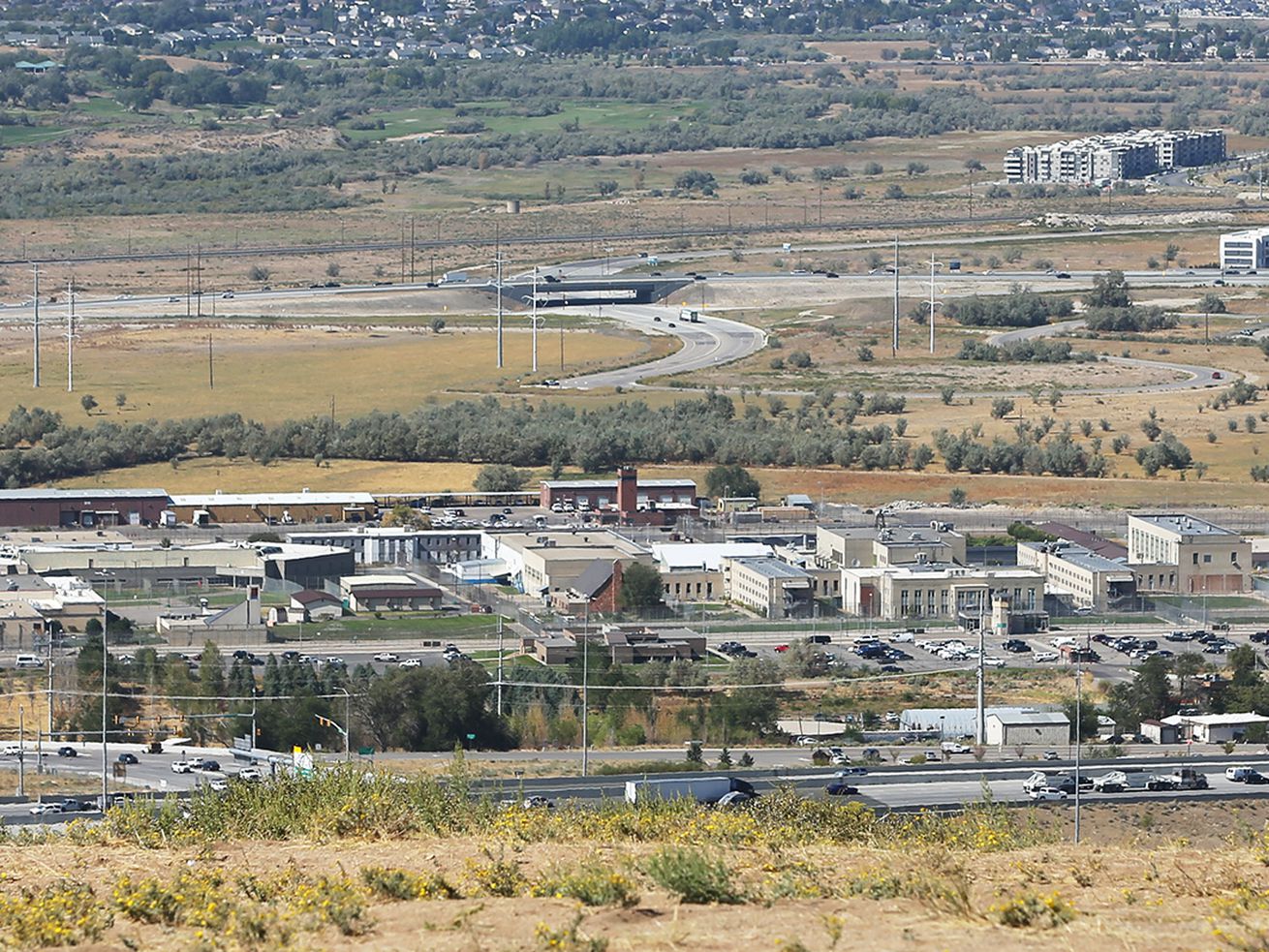 A section of the Utah State Prison at the Point of the Mountain in Draper is pictured on Friday, Sept. 11, 2020. | Scott G Winterton, Deseret News

Should development include a world fair or Eiffel Tower-like landmark?

DRAPER — Could the 700-acre Utah State Prison site in Draper, due to be vacated in 2022, play future host to a world-class monument a la Paris’ Eiffel Tower?

Lt. Gov. Spencer Cox, co-chairman of the state panel tasked with repurposing the 700-acre parcel, said being able to envision and execute a clean-slate plan for a public property of this size in one of the country’s fastest-growing areas is an unparalleled opportunity.

“There really isn’t anything like this in the world right now,” Cox said. “It’s unprecedented to have a piece of property like this, situated where it is.

“Because it is such a multigenerational opportunity, for many of us our biggest fear, or biggest risk, is that we don’t think big enough.”

Cox, who is a front-runner in the current race to replace his outgoing boss, Gov. Gary Herbert, said he’s been thinking big himself about what could be done with what is now being called “the Point” by the 11-member Point of the Mountain State Land Authority he is overseeing, along with fellow co-chairman state Rep. Lowry Snow, R-Santa Clara.

“It would be very easy to turn this over to developers and put some high density housing and business on there but we believe this project, the Point, represents the future of our state,” Cox said. “This gives us an opportunity to reimagine what it means to live, work and play in our state and make the best of a new economy.”

Cox said it was not out of the realm of possibility for the site to play home to a landmark along the lines of the iconic structures that have gone up as part of past international exhibitions held around the world.

Thibault Camus, Associated Press
Fireworks illuminate the night sky at the Eiffel Tower in Paris during Bastille Day celebrations in 2008.

“I’ve been fascinated with the world’s fairs of the past and the incredible innovations and landmarks that came of those,” Cox said. “As human beings, unfortunately, we’ve stopped dreaming a little bit and stopped thinking big the way we once did.

“If we do this right, just the innovation of people living and working and playing in one area … that will attract people. But I think we can do more. I don’t know exactly what that thing is, what that vision is, but I think I’ll know it when I see it.”

A starting point, of sorts, has already been established for a reworking of the prison site thanks to a two-year effort by the precursor to the land authority panel, the Point of the Mountain Development Commission.

Roughly 1,800 still without power along Wasatch Front after windstorm