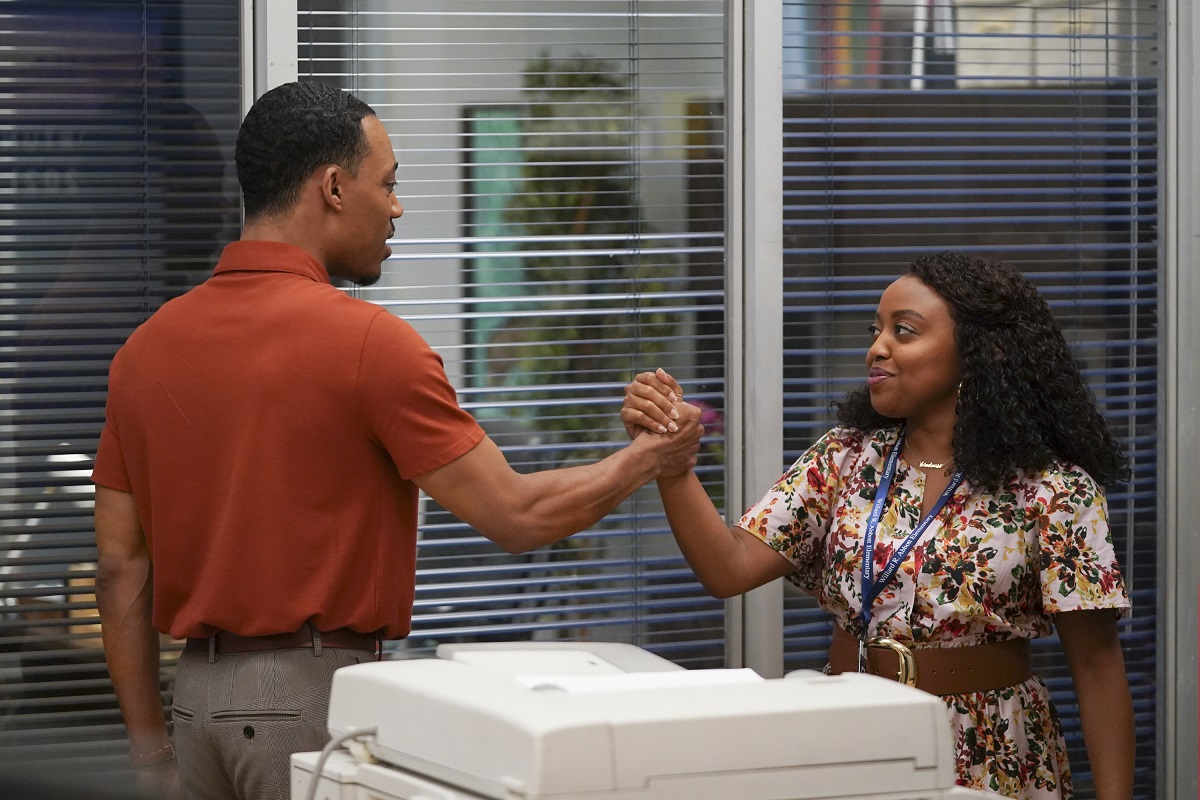 ABC’s Abbott Elementary got off to the races in its debut season. The midseason release was an instant hit among fans who were looking for a new workplace comedy to love. It also became the darling of awards season, just 13 episodes into the series. And now, it’s time for season 2.

The show, which follows the lives and work of public school teachers in Philadelphia, garnered quick loyalty for its stellar character development and gif-worthy camerawork. The bar is set high for the second season. Creator, writer, and star Quinta Brunson knows this, and aims to deliver. But first, she’s hoping that fans can get on board with a slightly different pace than they saw in season 1.

Brunson is the Abbott Elementary triple threat. She is the executive producer of the series, writes many of the episodes, and plays second-grade teacher Janine Teagues. It didn’t take her long in season 1 to find the right cadence to attract viewers. (And keep them.) Episodes averaged 8 million viewers on network and streaming platforms, per Variety. And the show was the highest-rated new comedy for ABC since The Conners debuted in 2018.

Abbott didn’t take home the Emmy for Outstanding Comedy Series. But Brunson wasn’t phased by that in the wake of the show’s other wins. The early success isn’t a reason to rest on their laurels, though: The cast still has much to prove before being admitted into the canon of comedic greatness. To prove they understand this, Brunson and the rest of the cast were right back on set for a table read less than 24 hours after a night out at the Emmys.

Brunson and the rest of the Abbott cast hit the ground running in season 1. They proved their mettle in a television landscape where it’s difficult for network comedies to find solid footing and viewership. In the first 13 episodes, “every single episode, the goal was to show people what we can do, what a banger the show can be,” Brunson told Variety.

ABC renewed Abbott Elementary for a 22-episode run for season 2, which will give the primary cast some breathing room. …read more