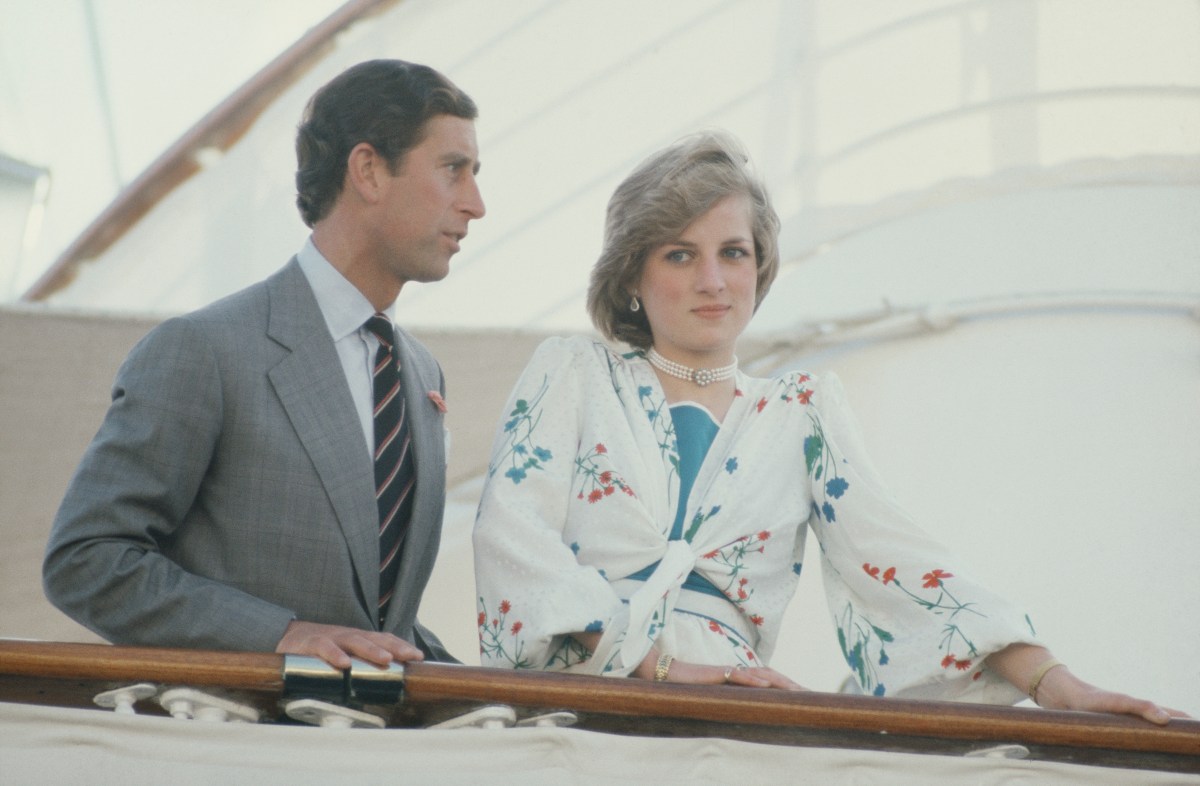 We know Prince Charles and Princess Diana didn’t have the best marriage. Well turns out things were bad from the start as the couple had a honeymoon from hell.

The Prince and Princess of Wales said “I do” on July 29, 1981, in front of 3,500 guests at St. Paul’s Cathedral in London. A audience of around 750 million more tuned in from around the world to watch “the wedding of the century.” Following the pair’s storybook ceremony, they embarked on their honeymoon. But that didn’t mirror a fairy tale and things got so bad that Diana ended up “destroying” Charles’ watercolor paintings.

On Aug. 1, 1981, the future king and his bride set sail for a 14-day cruise through the Mediterranean and Aegean onboard the Royal Yacht Britannia. However, with royal staffers and a crew of more than 200 men on the ship with them, it wasn’t exactly romantic.

In fact, as Vanity Fair noted, Diana sent a letter to her then-personal secretary Jane Parsons about just that.

In the letter dated Aug. 15, 1981, the princess wrote: “The honeymoon was a perfect opportunity to catch up on sleep.”

Prince Charles is said to have envisioned a packed itinerary for the couple during their honeymoon that included swimming, sunbathing, reading, painting, and writing thank-you letters.

“He’d taken along his watercolors, some canvases, and a pile of books by the Afrikaner mystic and writer Laurens van der Post, which he’d hoped he and Diana might share and then discuss in the evenings,” author Penny Junor wrote in her book titled The Duchess.

That is not what Diana had envisioned though and it was becoming evident just how little the pair had in common.

According to Junor: “Diana was no great reader. She hated his wretched books and was offended that he might prefer to bury his head in one of them rather than sit and talk to her. She resented him sitting for hours at his easel, too, and they had many blazing rows. One day, when Charles was painting on the veranda deck of Britannia, he went off to look at something for half an hour. He came back to find she’d destroyed his paintings and all his materials … the whole lot.”

Where the Prince and Princess of Wales’ honeymoon concluded

Charles and Diana’s honeymoon concluded at Balmoral in Scotland, which Junor claimed Diana wasn’t a fan of either, writing: “She hated the countryside, hated his family’s passion for horses …read more