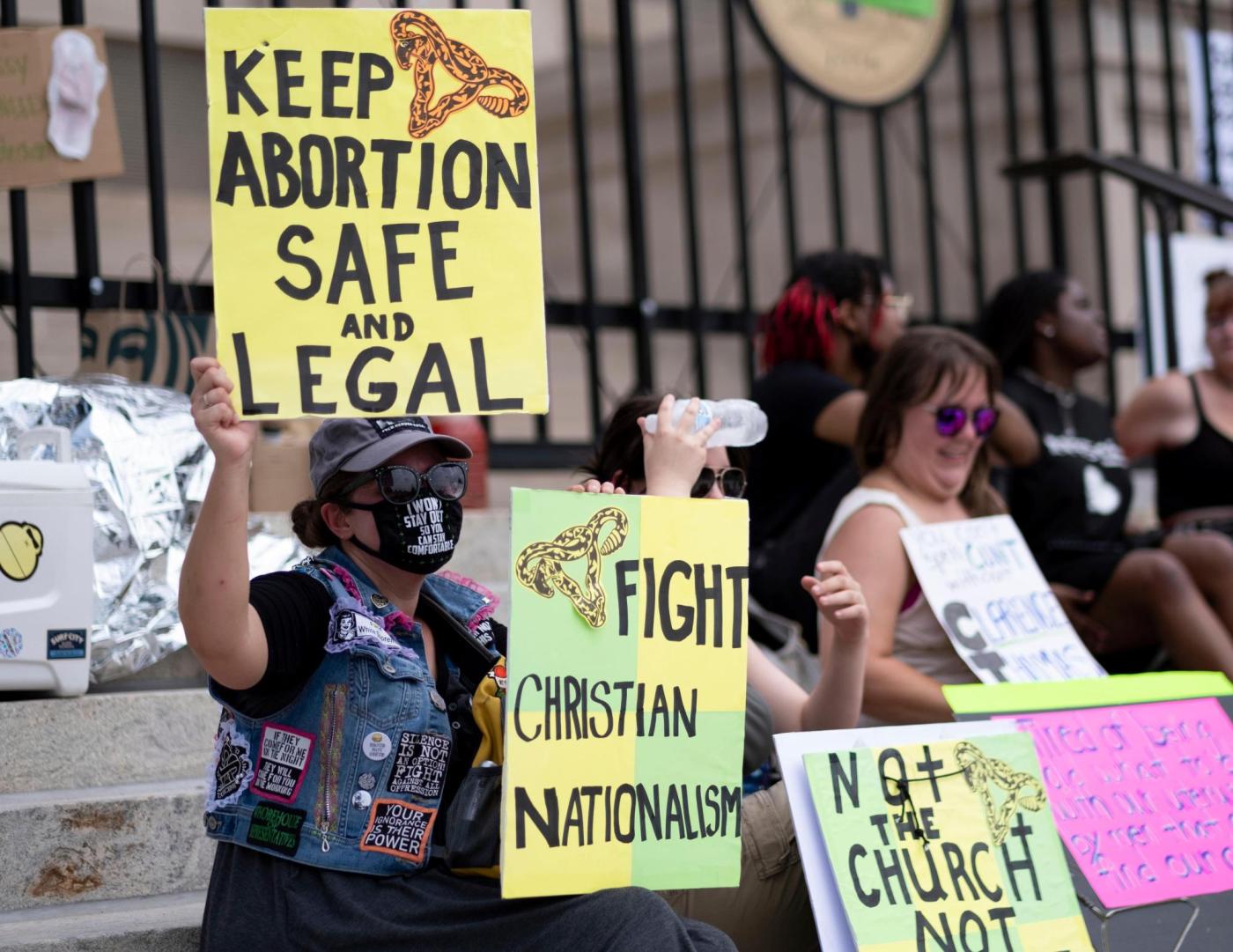 In a one-page order, the justices put a lower court ruling overturning the ban on hold while they consider an appeal. Doctors who had resumed providing abortions past six weeks had to immediately stop.

Abortion advocates blasted the order, saying it will traumatize women who must now arrange travel to other states for an abortion or keep their pregnancies.

“It is outrageous that this extreme law is back in effect, just days after being rightfully blocked,” said Alice Wang, an attorney with the Center for Reproductive Rights that represented abortion providers challenging Georgia’s ban. “This legal ping pong is causing chaos for medical providers trying to do their jobs and for patients who are now left frantically searching for the abortion services they need.”

The state attorney general’s office in a court filing said “untold numbers of unborn children” would “suffer the permanent consequences” if the state Supreme Court did not issue a stay and halt the Nov. 15 decision by Fulton County Superior Court Judge Robert McBurney.

McBurney ruled the state’s abortion ban was invalid because when it was signed into law in 2019, U.S. Supreme Court precedent established by Roe v. Wade and another ruling allowed abortion well past six weeks.

The decision immediately prohibited enforcement of the abortion ban statewide. The state appealed and asked the Georgia Supreme Court to put the decision on hold while the appeal moved forward.

Though abortions past six weeks had resumed, some abortion providers said they were proceeding cautiously over concerns the ban could be quickly reinstated.

Cardiac activity can be detected by ultrasound in cells within an embryo that will eventually become the heart around six weeks into a pregnancy. That means most abortions in Georgia are effectively banned at a point before many people know they are pregnant.

The measure was passed by the state Legislature and signed into law by Republican Gov. Brian Kemp in 2019. In his ruling, McBurney said the timing — before the U.S. Supreme Court overturned Roe v. Wade — made the law immediately invalid. Legislatures exceed their authority when they enact laws that violate a constitutional right declared by the judicial branch. To enact the law, the state Legislature would have to pass it again, he wrote.

The state attorney general’s office in a filing with the Georgia Supreme Court blasted McBurney’s reasoning as having “no basis in law, precedent, or common sense.”

Plaintiffs’ attorneys defended it in a reply and warned of “irreparable harm” to women if it were put on hold. They also asked the high court for 24 hours notice before issuing any stay to “avoid the potential chaos” from resuming the ban while women waited for an abortion or were in …read more

Could expanded ferry service be a reality at Contra Costa’s waterfront cities?