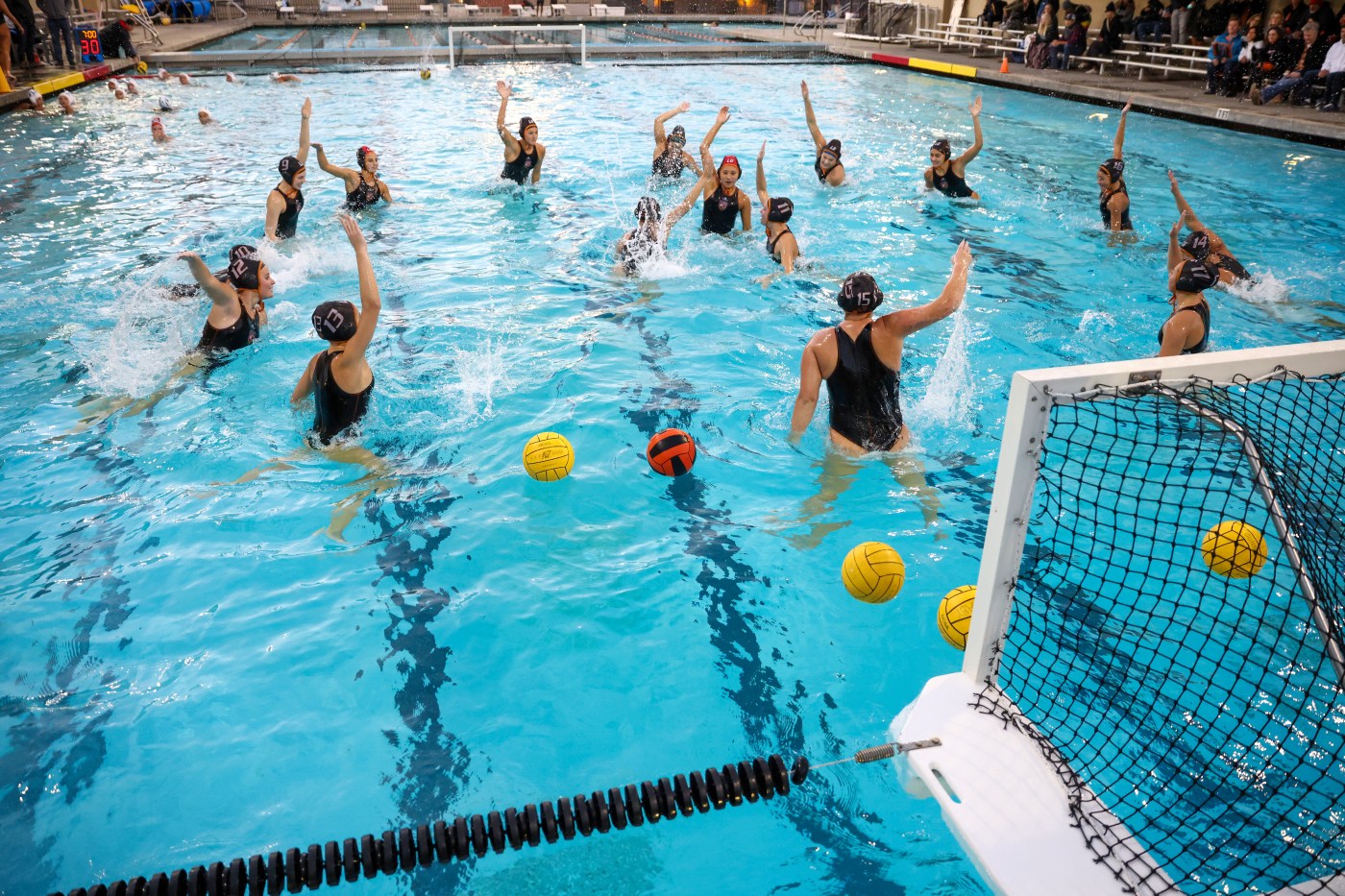 The Los Gatos High School girls water polo team advanced to the California Interscholastic Federation NorCal Division II semifinals on Nov. 17, where the third-seeded Wildcats fell to second-seeded Arroyo Grande 9-5. The Wildcats, who finished the season with an outstanding 28-3 overall record, qualified for the NorCal tournament for the first time in its history.

Los Gatos reached the semifinals with an impressive 10-5 victory over visiting Granite Bay on Nov. 15.

Wildcats coach Don Appleton said the team only had very little game tape on Granite Bay. Los Gatos fell behind 2-0 in the first quarter and 4-3 in the second quarter.

“We kind of came out timid on defense. Everybody was just sitting back waiting to see what happens,” said Appleton immediately after that game. “In the second half, we started making the adjustments that we needed. … Our game plan’s very rarely to prevent people from shooting the ball; it’s making sure they are shooting the ball from where we want them to. In the second half, that really paid off.”

One of the effects of the adjustments was that Los Gatos goalkeeper Rachel Stephens was able to block more shots in the second half. The junior had five saves in the first half, but had that many in the third quarter alone and finished with 14 saves.

“During the first half, I kept telling myself that it doesn’t matter how you start a game, it’s more how you end the game,” Stephens said. “We changed. … We had more people where they’re shooting from.”

After the Wildcats fell behind 2-0, Los Gatos’ Karissa Elliott broke the shutout with a goal with one minute, 31 seconds left in the first quarter. That began a three-goal run for the Wildcats, as Karly Frangieh and Abby Lockman added goals in the first minute of the second quarter for a 3-2 Los Gatos lead.

Granite Bay (22-11) came back with a two-goal run of its own, both by Avery Moll, who finished with a team-high three goals. But Frangieh tied the score at 4-4 with just 30 seconds left in the second quarter, as she produced a goal despite intense defensive pressure from Granite Bay.

“That’s a real tough, physical team,” said Appleton about Granite Bay. “This is the first time our girls have played in NorCals. … It was just real unorganized in that first quarter. But we took a breath, we hit the white board at the quarter break and we were able to work it out.”

Los Gatos’ Ella Ralston scored off a pass from Julia Ernsting with 5:53 left in the third quarter to give the Wildcats a 5-4 lead. Granite Bay’s Lola Engel countered with a goal 26 seconds later, then the defenses took over for a while until a steal by Lily van Putten led to a goal by Elliott with 35 seconds left in the quarter.

The Wildcats led the rest of the way. In the fourth quarter. Frangieh produced two of her team-high four goals, with van Putten and Maily Isaacs …read more