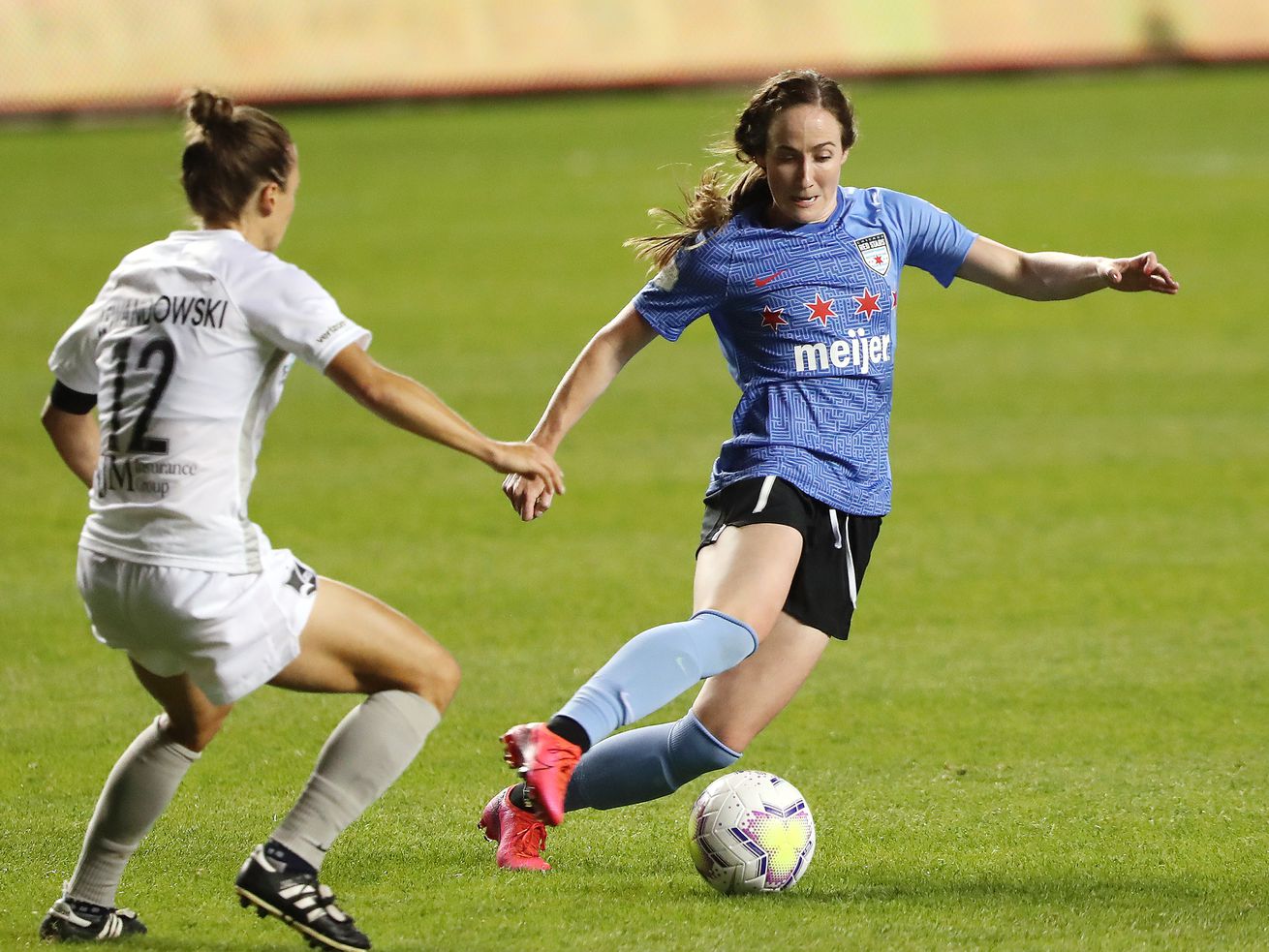 SALT LAKE CITY — One of the most accomplished soccer players from the state of Utah is coming home.

On Thursday, Utah Royals FC announced it has acquired former BYU and Alta High star Michele Vasconcelos from the Chicago Red Stars in exchange for $55,000 in allocation money.

The 26-year-old was drafted by the Red Stars with the 11th pick in the 2017 National Women’s Soccer League draft but missed her rookie season because she was pregnant. In 31 career matches since 2018 (she also missed significant time in 2019 after tearing her ACL), Vasconcelos has scored three goals with three assists.

“I’m thrilled to be able to do what I love in my hometown,” Vasconcelos said in URFC’s announcement. “I grew up going to games at Rio Tinto Stadium. I even played my high school state finals there. I look forward to playing in front of my family and friends, as well as having the added support of my daughter. I am excited to be a part of the Royals and to contribute to the club and community.”