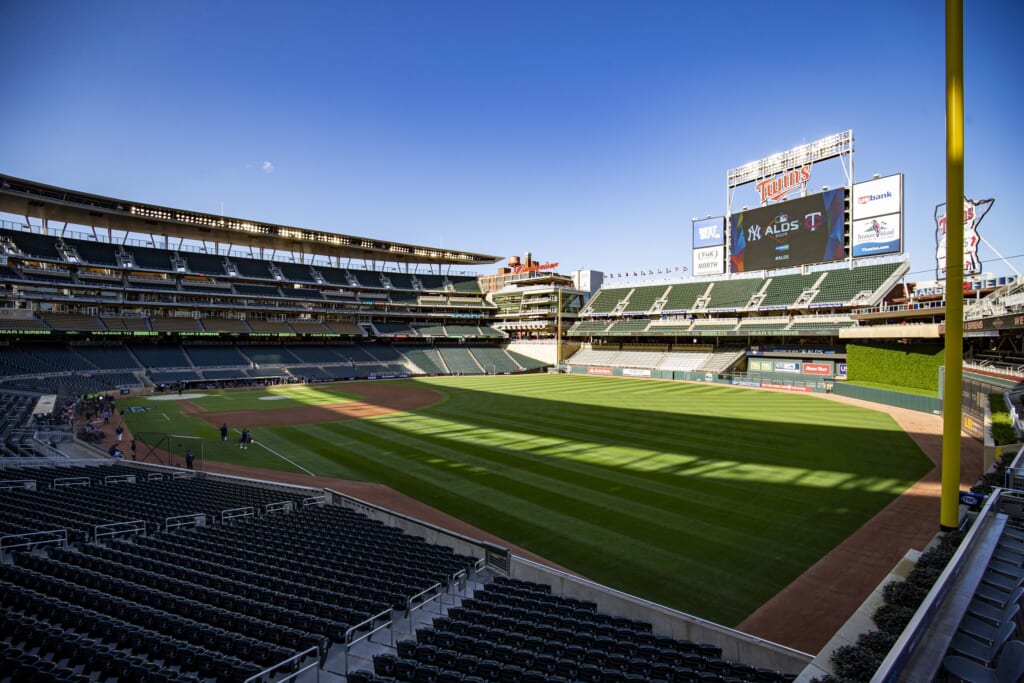 The 2020 Major League Baseball season is expected to get going here in a few weeks. It’s going to look vastly different than previous season with a majority of the teams playing in front of empty venues.

Though, there’s some who still believe that they will be able to host fans amid the ongoing COVID-19 pandemic.

Minnesota is joining several other teams in showing hope that it will be able to have some fans in attendance at some point this season.

“We’re on parallel paths developing a plan for no fans but also developing a plan for how and when we reintroduce fans, what that looks like,” Twins President Dave St. Peter told La Velle E. Neal III of the Star Tribune. “That protocol will be shared at the appropriate time with the Governor’s Office for their review. I wouldn’t put a timeline on it. I’m not sure it will happen. But it’s something we’re monitoring around the league.”

St. Peter did note that it will ultimately be left up to Minnesota Governor Tim Walz (D) and health experts in the state. Target Field sits just less than 40,000. Other teams have indicated a capacity of 25% could make sense. For the Twins, that would include welcoming about 10,000 per game.

Multiple MLB teams looking to have fans in attendance

Both Chicago teams have joined the Boston Red Sox and Miami Marlins in talking about the possibility of having fans in attendance once the season gets going on July 23.

It’s really going to be all about individual regions. At this point, it’s foolish to believe any Florida-based team could have fans in attendance given the number of COVID-19 cases in the state.

In terms of Minnesota, the state has done well handling the pandemic. It saw just over 300 news cases of the virus on Monday.