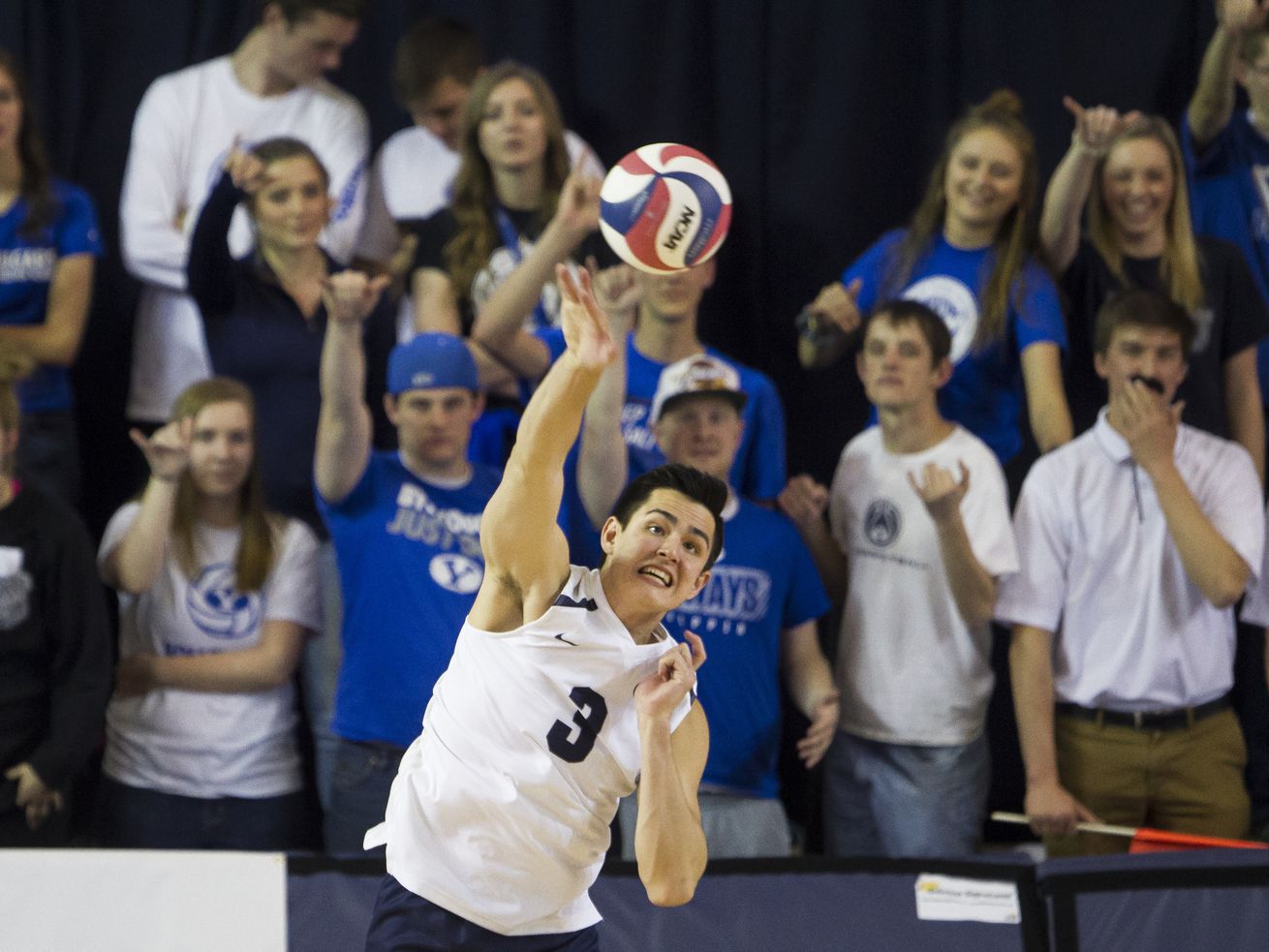 PROVO — Given all the circumstances involved, motivation comes rather easy for Wil Stanley these days.

Not that motivation has ever been an issue for the senior setter, although severe injury problems experienced last season, coupled with this being his last season at BYU, has him taking his focus and motivation to new levels this season.

And the BYU men’s volleyball team has largely benefitted from all of it.

Take the Cougars’ 12-0 record in mid-February as perhaps the most obvious example, which has them just one win shy of last year’s win total in what was a somewhat shocking lackluster campaign relative to the program’s success.

“His volleyball IQ has always been very high and he’s always been a great leader for us. So yeah, he’s having a great year and making sure he’s giving his all for his final year.” — BYU volleyball coach Shawn Olmstead, on Wil Stanley

According to BYU coach Shawn Olmstead, Stanley has been central in the team’s improvements this season.

“What you see with Wil is somewhat typical for guys reaching the end of their careers, but Wil is special. His volleyball IQ has always been very high and he’s always been a great leader for us,” Olmstead said. “So yeah, he’s having a great year and making sure he’s giving his all for his final year.”

Giving it his all is something Stanley wasn’t able to do last season, due to an unfortunate string of injuries. First it was a sports hernia early in the season, leading up to a horrific ankle injury sustained in early March, which left two fractures and effectively ended his season.

The diagnosis was severe, with Stanley not able to even walk, let alone run, for the span of about two months.

“Relearning to run again was really weird,” Stanley said. “But I got there, but man, it was tough. Not being able to run or even walk for a few months — I got sort of chubby and really out of shape.”

Stanley recalls running his first mile distance, citing a time of nine minutes, which is well above the time he usually clocks.

“I eventually got it down to around six minutes, lost about 25 pounds, and yeah, it was overall something I think I turned into a benefit, heading into this season,” Stanley said. “I hadn’t spent most of the offseason just focusing on my body, but just on specific volleyball skills. I think the focus on getting in the best shape that I could be in helped.”

Stanley is from Hawaii but chose to forgo traveling home in the offseason in favor of rehabbing his ankle the best he could.

“In my mind, it really wasn’t even a choice,” he said. “This …read more

Report: Philip Rivers receiving ‘a lot of interest’ around the NFL