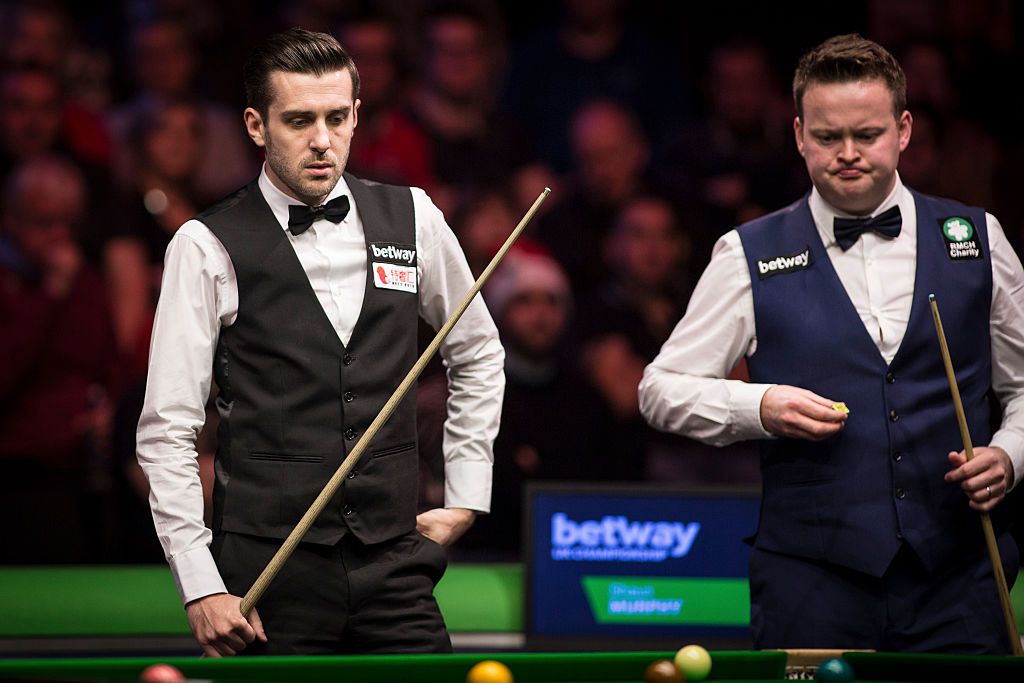 The 2021 World Snooker Championship final gets underway on Sunday and it is not a finale that many predicted as Mark Selby prepares to take on Shaun Murphy at the Crucible.

Selby is always among the favourites to win the big one in Sheffield, but Murphy arrived in South Yorkshire with little or no form behind him and few were tipping him to still be swinging as we enter the championship rounds.

The 2005 world champion is looking for a second world title 16 years after his first and has played brilliant stuff to return to a fourth final, beating Kyren Wilson, Judd Trump, Yan Bingtao and Mark Davis en route.

Three-time champ Selby steamrolled his first three opponents – Kurt Maflin, Mark Allen and Mark Williams – before coming through a semi-final slug-fest against Stuart Bingham to set up the clash with Murphy.

Will it be the Jester from Leicester or the Magician who prevails and claims the sport’s biggest prize?

When is the World Snooker Championship final?

The final is played over four sessions on Sunday 2 and Monday 3 May, starting at 1pm and 7pm each day.

It is a best of 35 match so will end when one player reaches 18 frames.

The entirety of the match will be shown on BBC Two and Eurosport, with streaming available on the BBC website and iPlayer and on the Eurosport Player and app.

In every professional match they have played, dating all the way back to the 2001 British Open, Selby leads the head-to-head 21-17 with two draws, according to Cuetracker.net.

Their most recent meeting came in the 2020 European Masters, which Selby won 6-3 at the semi-final stage, but Murphy won their previous encounter 6-3 in the 2019 China Championship semis.

They have played once at the Crucible and it was an epic, with Selby edging Murphy 17-16 in the 2007 semis.

If Aaron Rodgers Leaves the Packers, It’s His Choice, but If Brian Gutekunst Goes, That Better Not Be Rodgers’ Decision

Michael Vick Has Thrown Down the Gauntlet for Every NFL Quarterback, and That Includes Patrick Mahomes