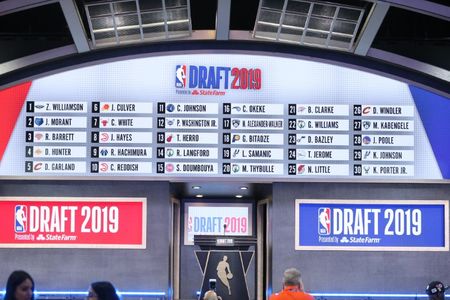 The 2020 NBA Draft could be moved back a month under a proposal agreed to by the NBA and National Basketball Players Association, according to multiple reports Wednesday.

The draft is set to be held Oct. 16, but Nov. 18 is the new possible date, and it will be discussed in meetings with league owners and general managers on Thursday and Friday, ESPN reported.

By delaying the draft, the NBA and the players union would have additional time to amend certain aspects of the collective bargaining agreement and settle upon a 2020-21 salary cap and luxury tax, ESPN reported.

Moving draft day also would shift the opening of free agency, currently set for Oct. 18, and push back the start of the 2020-21 season, though ESPN said a memo detailing the draft proposal does not address free agency.

The draft originally was scheduled for June 25 but was pushed to October because of the coronavirus pandemic.

Once the NBA playoffs conclude in the bubble near Orlando, teams can get to work scouting draft prospects. Instead of holding a combine at one site, the NBA is expected to stage smaller regional combines that would be shared virtually.

Next season tentatively was scheduled to begin Dec. 1, but that will be moved if NBA owners approve new dates for the draft and the start of free agency. The league’s hope is to play a full season of 82 games, with at least some fans in arenas.

U.S. Open nearly moved to Los Angeles in December due to COVID-19