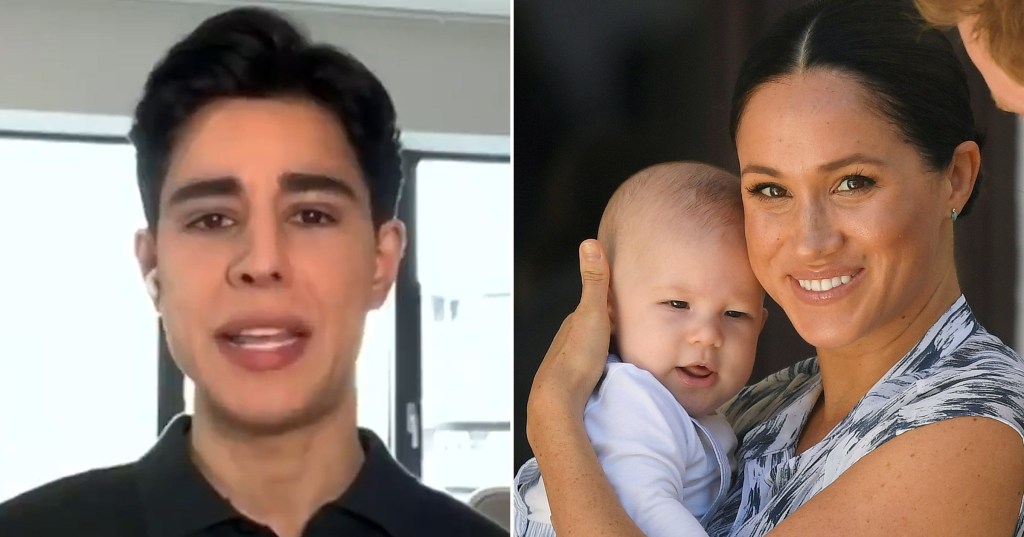 Omid Scobie said that while Meghan may appear to be wrong about Archie’s title, ‘we don’t know the full story’ (Pictures: ITV/Getty Images)

Harry and Meghan’s biographer Omid Scobie said the duchess ‘may have been wrong’ when she said Archie should have been a prince.

During the Sussexes’ bombshell interview with Oprah, Meghan told the talk show host that the Royal Firm changed conventions so Archie would not have a title.

She also implied that this decision could have been made over concerns about how dark Archie’s skin would be.

She said: ‘In those months when I was pregnant, all around this same time…. we have in tandem the conversation of “he [Archie] won’t be given security, he’s not going to be given a title,” and also concerns and conversations about how dark his skin might be when he’s born.’

Later, she said: ‘And so, I think even with that convention I’m talking about, while I was pregnant, they said they want to change the convention for Archie.’

This claim has been one of the many subjects of a monumental backlash that followed the interview.

Many royal experts have slammed this assertion as untrue because rules that mean Archie cannot be given a title date back to the Queen’s grandfather, King George V, changing customs in 1917.

Now, Meghan’s friend Omid Scobie has weighed in on the debate admitting Meghan may have been wrong.

However he did insist ‘we don’t know the full story’.

In a trailer for Discovery UK’s new documentary, called Harry and Meghan: Recollections May Vary, Omid said: ‘If we are only going by what Meghan said to Oprah and what the palace have said so far about the situation with Archie, perhaps one can assume that Meghan was wrong in her interpretation of it.

‘But we also know that there is much more to this story that we don’t know about.’

Meghan implied that Archie may not have been given a title over fears about how dark his skin might be (Picture: Getty Images)
Omid Scobie helped write Harry and Meghan’s biography Finding Freedom (Picture: ITV)

The co-author of the Sussexes’ book, Finding Freedom, has previously told the media that Meghan does not care about the ‘grandeur’ of titles but wanted the Palace to provide Archie with security, which he would only be entitled to as a prince.

King George V issued letters patent 104 years ago saying only the children who are in the direct line of succession should get titles.

He stated: ‘The children of any Sovereign of these Realms and the children of the sons of any such Sovereign and the eldest living son of the eldest son of the Prince of Wales shall have and at all times hold and enjoy the style, title or attribute of Royal Highness with their titular dignity of Prince or Princess prefixed to their respective Christian names or with their other titles of honour’.

Deforestation in Brazil is out of control, and Bolsonaro is asking for billions to stop it