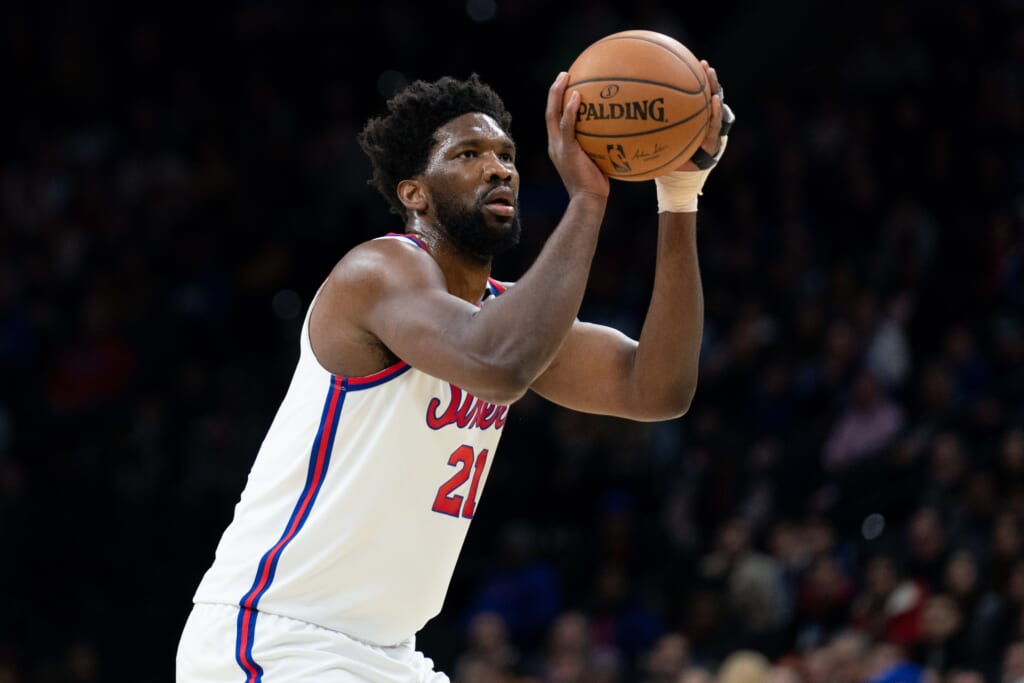 The Philadelphia 76ers did not have it on defense in the first quarter of their game against the Indiana Pacers Saturday evening. Indiana dropped 35 points on 61.5% shooting from the field in its opener at Walt Disney World.

It wasn’t for a lack of effort and a highlight-reel play from star Sixers center Joel Embiid. Check him out sending Aaron Holiday back in a big way in transition.

While the head coach can’t be happy with Philadelphia’s defensive performance in the first quarter, Embiid had nothing to do with it.

The big man also dropped nine points and grabbed six boards in the first 12 minutes of action. Apparently, the four-plus month lay off has not impacted Embiid too much.

SHARES
ShareTweet
Mom of Indiana OL Brady Feeney shares he has troubling complications from COVID-19: ‘They can’t protect’ the players

LeBron James was asked what he’s missed most since quarantine, and the answer was so heartwarming